Here is a brief summary of our 7 days Naran and Skardu tour package:

Khaplu also spelled Khapalu, is a city that serves as the administrative capital of the Ghanche District of Gilgit-Baltistan, in northern Pakistan. Lying 103 km (64 mi) east of the city of Skardu, it was the second-largest kingdom in old Baltistan of the Yabgo dynasty. It guarded the trade route to Ladakh along the Shyok River east of its confluence with the Indus.

Khaplu is a base for trekking into the Hushe valley which leads to the high peaks of Masherbrum, K6, K7, and Chogolisa. Khaplu has a 700-year-old mosque, Chaqchan, founded by Ameer Kabeer Syed Ali Hamadani (RA). Other tourist sites include Hanjor, ThoqsiKhar, Kaldaq, and Shyok River views.

Khaplu has been called many names like “Shyok Valley,” “Ghanche” and “Little Tibet.” In Khaplu there are many historical places like the beautiful Chaqchan Mosque (700 years old founded by Mir Sayyid Ali Hamadani, the first Islam preacher in this area). Raja Palace is a beautiful building and the last and best Tibetan-style palace in Pakistan. Khaplu Khanqah is attributed to Mir Mukhtar Akhyar and was built in 1712 AD/1124 AH.

Breakfast: 8:00 am-Departure For Skardu-Visit of Junction Point of 3 mighty Mountain Ranges-Visit of Shangrilla, Lower and Upper Kachura lake
(In case we got late, it will be visited next day)-Departure for Skardu city-Dinner 8:00 pm-Overnight stay in hotel at Skardu-Food: (Breakfast + Dinner) 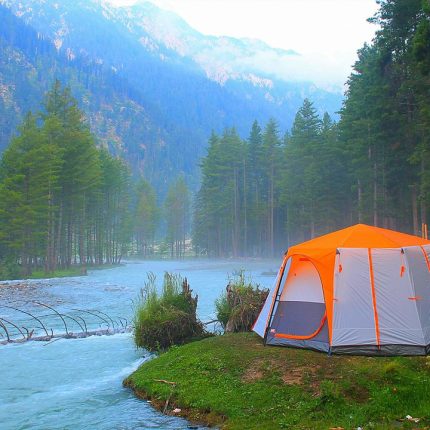